The public sector in Ireland is composed of general government and all corporations (financial or non-financial) which are under public control.

1. are directly or indirectly controlled by a government department or office, or by a local authority;

2. lack autonomy of decision and the power to own assets/liabilities, and/or do not produce a full set of accounts (the ‘institutional unit’ test); or

3. are non-market producers (the ‘market/non-market’ test).

The next couple of chapters outline central and local government sectors and the Background notes outline the criteria and the statistical classification decision making process. 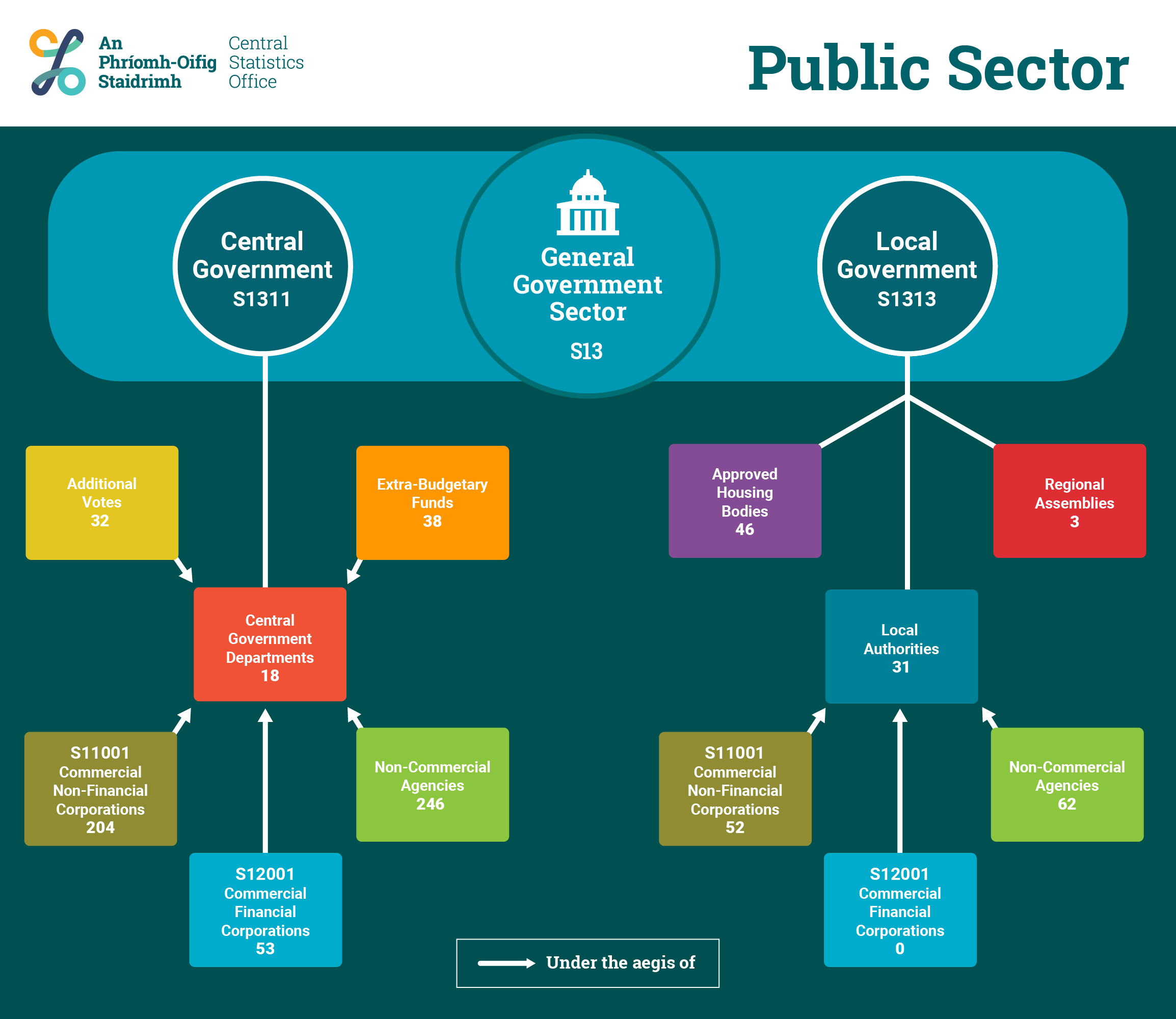