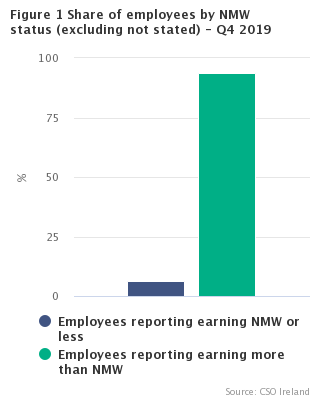 The proportion of employees who reported earning more than the NMW was 93.6%, up from 92.4% a year earlier. See table 1a and 1b and figure 1.

Females more likely than males to earn NMW or less