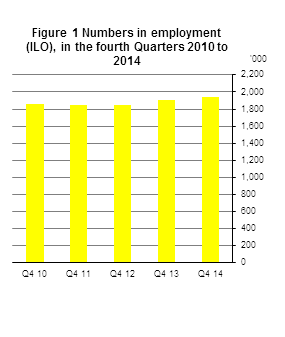 Further background information regarding the methodology and approach adopted by Eurostat in building these new indicators can be found at the link below. European wide and individual country results are also available from this link:

Additional data series previously included in the QNHS release can still be accessed through the CSO website and are available at the link below:

Scan the QR code below to view this release online or go to
http://www.cso.ie/en/releasesandpublications/er/qnhs/quarterlynationalhouseholdsurveyquarter42014/