The Register has been updated since it was last published in April 2021 using information from the surveys of central and local government.  See the Background Notes for an outline of the methodology for statistical classification decisions.

Previous releases of the Register can be seen here.

In the European System of Accounts 2010 (ESA 2010), general government is one of five mutually exclusive institutional sectors within the domestic economy. The five sectors are:

The Register of Public Sector Bodies in Ireland covers all general government (S.13) and all public corporations in the non-financial (S.11) and financial (S.12) sectors – see the sectors coloured orange in the following diagram.

A complete list of the Register in alphabetical order is available here P-RPBI2020H2TBL1.1 (XLS 58KB) 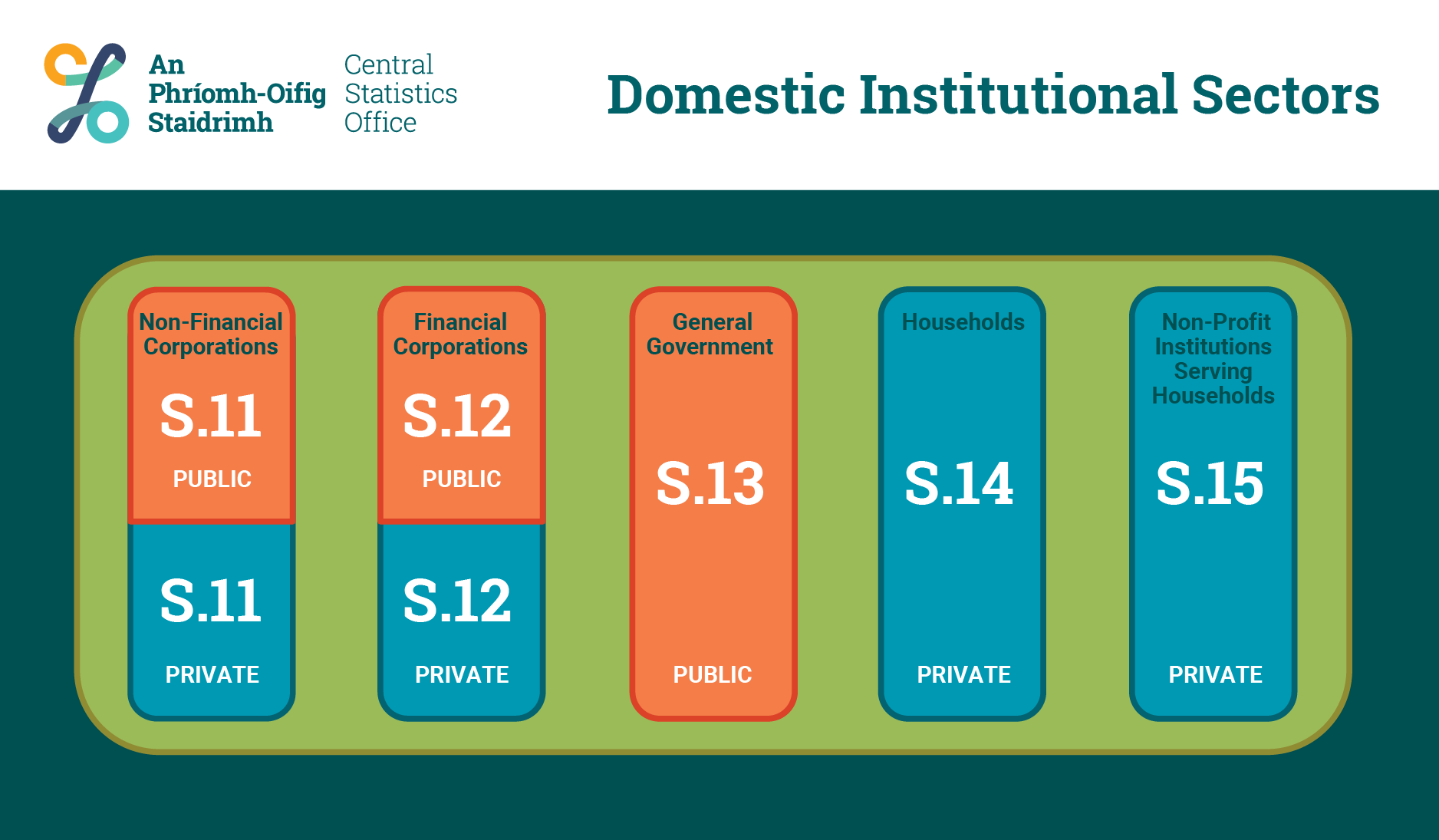