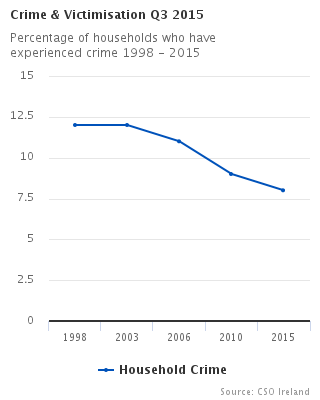 The level of household crime in Dublin was higher than any other region at 13%, while it was only 3% in the West. Households located in an urban area were two and a half times more likely to become victims of crime compared to households in rural areas (10% versus 4%).  Households in the most affluent areas of the country had the highest rate of victimisation at 13% compared to around 7%  for other areas. See table 1.2.