State GP costs increase by 6%, while patients availing of the GMS scheme increase by 10%. 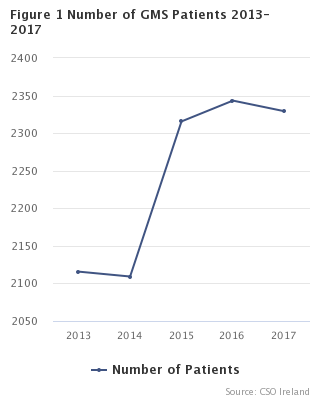 These payments were paid by the Primary Care Reimbursement service (PCRS). Please see background notes for a further description of the PCRS and GMS. The figures on this release are based off fully complete and processed claims. For this reason, figures may vary from those published by the HSE as HSE figures are inclusive of allowances. For more information on allowances, please see background notes. Please note, care should be taken when examining trends over time in the form of expenditure and average amounts as eligibility criteria can change over time.