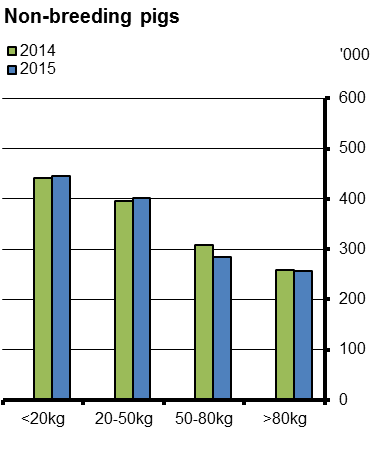 The number of breeding pigs was down 1.6%, while non-breeding pig numbers were down by 1.1% in the same period.

A comparison of the June 2014 and June 2015 figures (see Table 1) shows that in the breeding category the number of:

Introduction   This release presents estimates of numbers of pigs in June 2015 at State level. The estimates are based on returns from the June 2015 Pig Survey which collects data on pig numbers held by specialised producers. The data is collected in accordance with Regulation (EC) No.1165/2008.

Scan the QR code below to view this release online or go to
http://www.cso.ie/en/releasesandpublications/er/ps/pigsurveyjune2015/