Dwelling units approved up 115.0% in year 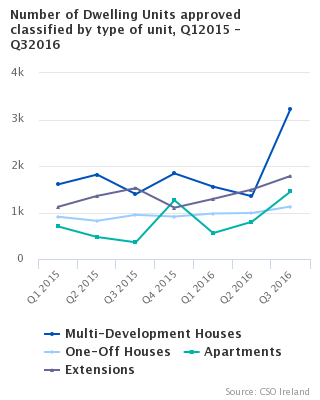 go to full release
In the third quarter of 2016, planning permissions were granted for 5,814 dwelling units, compared with 2,704 units for the same period in 2015, an increase of 115.0%.
The third quarter figures also show that:
null

Scan the QR code below to view this release online or go to
http://www.cso.ie/en/releasesandpublications/er/pp/planningpermissionsquarter32016/