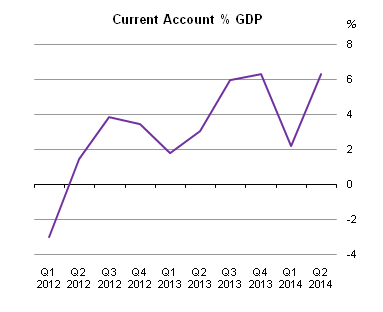 Other points of note are:

The balance of payments (BOP) is a statistical statement that summarises, for a specific time period, the economic transactions of the residents of an economy with the rest of the world.

The balance of payments presentation consists of three tables or accounts, the Current Account, the Capital Account and the Financial Account. The current account consists of trade in merchandise and services, as well as primary and secondary income account inflows and outflows. The capital account covers capital transfers and the acquisition and disposal of non-produced, non-financial assets. The financial account is concerned with transactions in foreign financial assets and liabilities, distinguishing the functional type of investment i.e. direct, portfolio and other investment (including transactions in financial derivatives) and reserve assets.

BOP transactions, in principle, should be recorded on an accruals basis using market valuation. In practice, the collection system (see below) is designed to adhere to this approach and, for the most part, the valuations reported are either market values or a close approximation.

Scan the QR code below to view this release online or go to
http://www.cso.ie/en/releasesandpublications/er/bop/balanceofinternationalpaymentsq22014/