The model used is the demographic component method which projects the 2016 usually resident (base) population forward under the chosen assumptions governing births, deaths and net migration.  This is illustrated graphically in the flow chart diagram below.

The assumed outward and inward migration flows are broken down by age and sex on the basis of the distributions estimated for the inter-censal period 2011 - 2016.  This yields the surviving population adjusted for net migration but without an estimate of the number of children born in the year.  The age specific fertility rates for the projection year are applied to the projected female population to estimate the projected births.  These births are then divided into males and females on the basis of the ratios experienced for recent years.  The appropriate survivorship ratios are then applied to male and female births before these are added in to yield the total projected population. 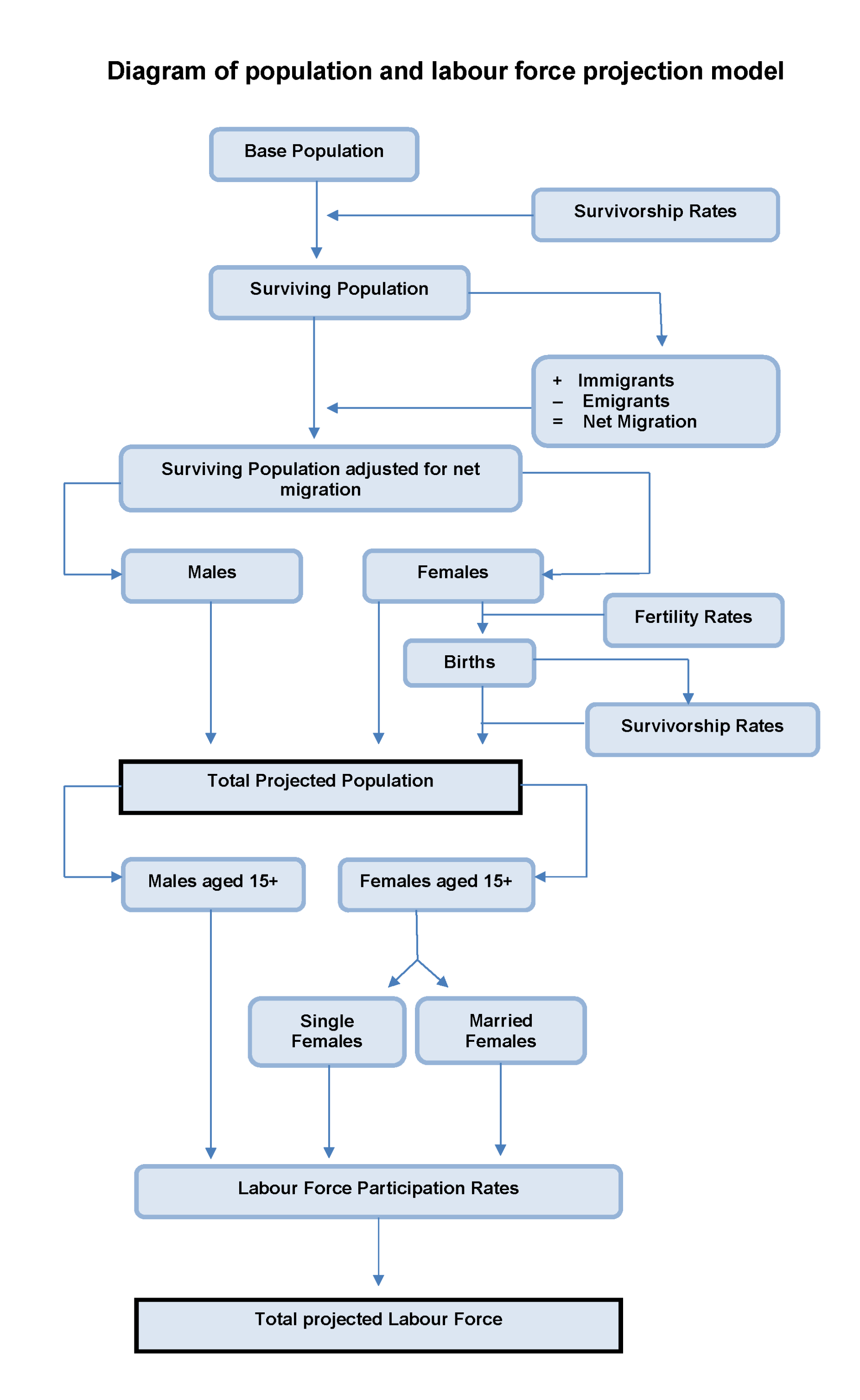 Go to: Appendix 2 - Concepts and Definitions