Social media is the main news source for Irish students 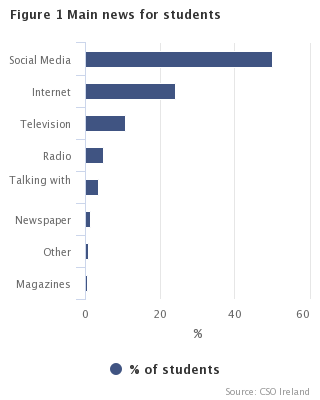 Background information:
CensusAtSchool is a non-profit making international project. It is funded by organisations interested in promoting good use of statistics, mathematics and data handling. Ireland became involved in CensusAtSchool in 2009. Four Irish bodies are collaborating in this project: 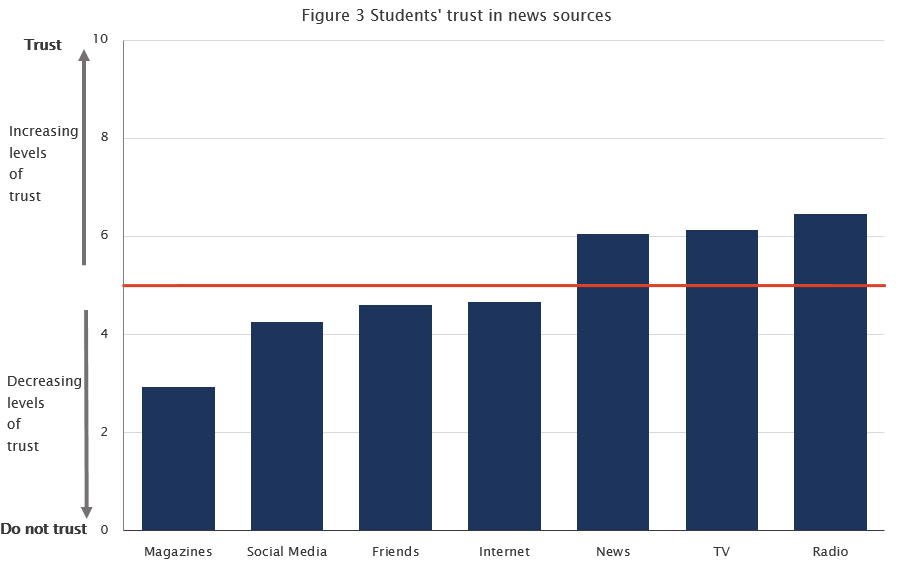 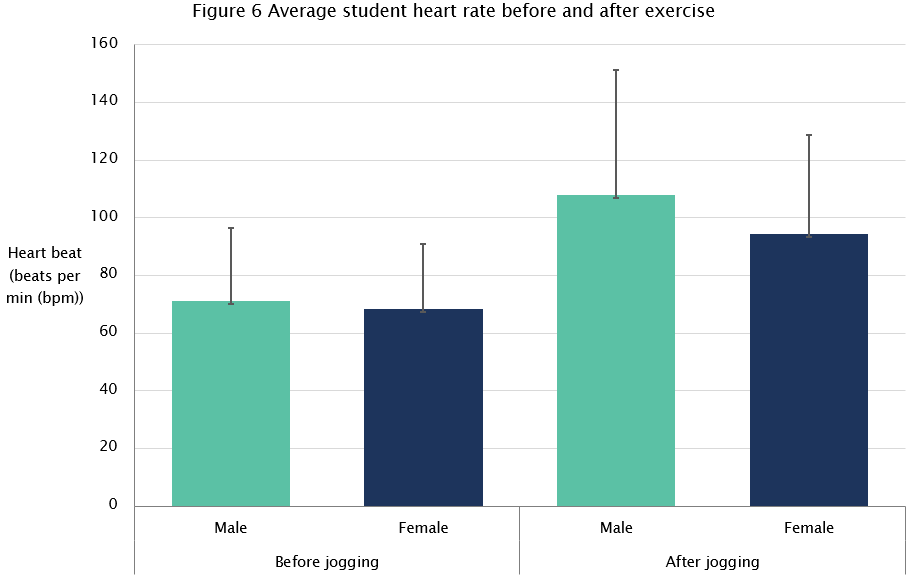 Sample
2,253 secondary school attendees from 103 secondary schools completed the Phase 17 questionnaire of the CensusAtSchool survey between September 2017 and August 2018. Because the survey is not part of a representative sampling process, the results of the survey are less reliable in providing inferences about the overall secondary school student population.

A data tool for examining international CensusAtSchool data can be found:
http://new.censusatschool.org.nz/explore/
It can be further explored using the facilities inbuilt in the inZight site operated by Statistics New Zealand.
https://www.stat.auckland.ac.nz/~wild/iNZight/index.php