98% of students now online on a weekly basis 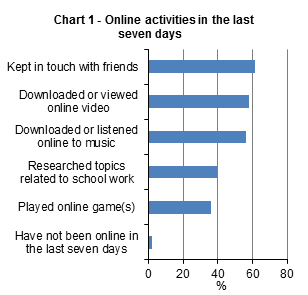 CensusAtSchool is a non-profit making project funded by organisations interested in promoting good use of statistics, mathematics and data handling. Ireland became involved in CensusAtSchool in 2009 when the Professional Development Service for Teachers (PDST), the CSO, Project Maths and the National Council for Curriculum and Assessment (NCCA) collaborated to set-up the Irish website www.censusatschool.ie.

8,610 secondary school students from 243 schools completed the Phase 12 questionnaire of the CensusAtSchool survey between August 2012 and August 2013. The questionnaire covered a variety of topics ranging from how students travelled to school to how much they use the internet and what types of musical instruments they play. Details of the CensusAtSchool project and more results from Phase 12 can be found on the website www.censusatschool.ie.

Which of the following (electronic or computer related devices/software) do you have?
The most popular device selected from the listed items was a Games console (67%). Just 0.5% of respondents stated they had none of the devices listed in Chart 3.

Is there a language you would like to learn that is not currently available in your school?
A breakdown by gender of the students indicated females (44%) favour Spanish more than male students (35%) while males (9%) favoured studying Japanese more than females (4%).

If you could take part in the Olympics, in which sport would you like to represent Ireland?
The Chart shows the top 10 sports chosen by students out of the 28 listed.

The Royal Statistical Centre for Statistical Education (RSSCSE) started the CensusAtSchool project in 2000 in conjunction with the Office of National Statistics (ONS) in the UK. The project, originally a one-off, was linked to the UK population census of 2001. It has now developed into a dynamic, on-going and exciting initiative running in a number of countries. 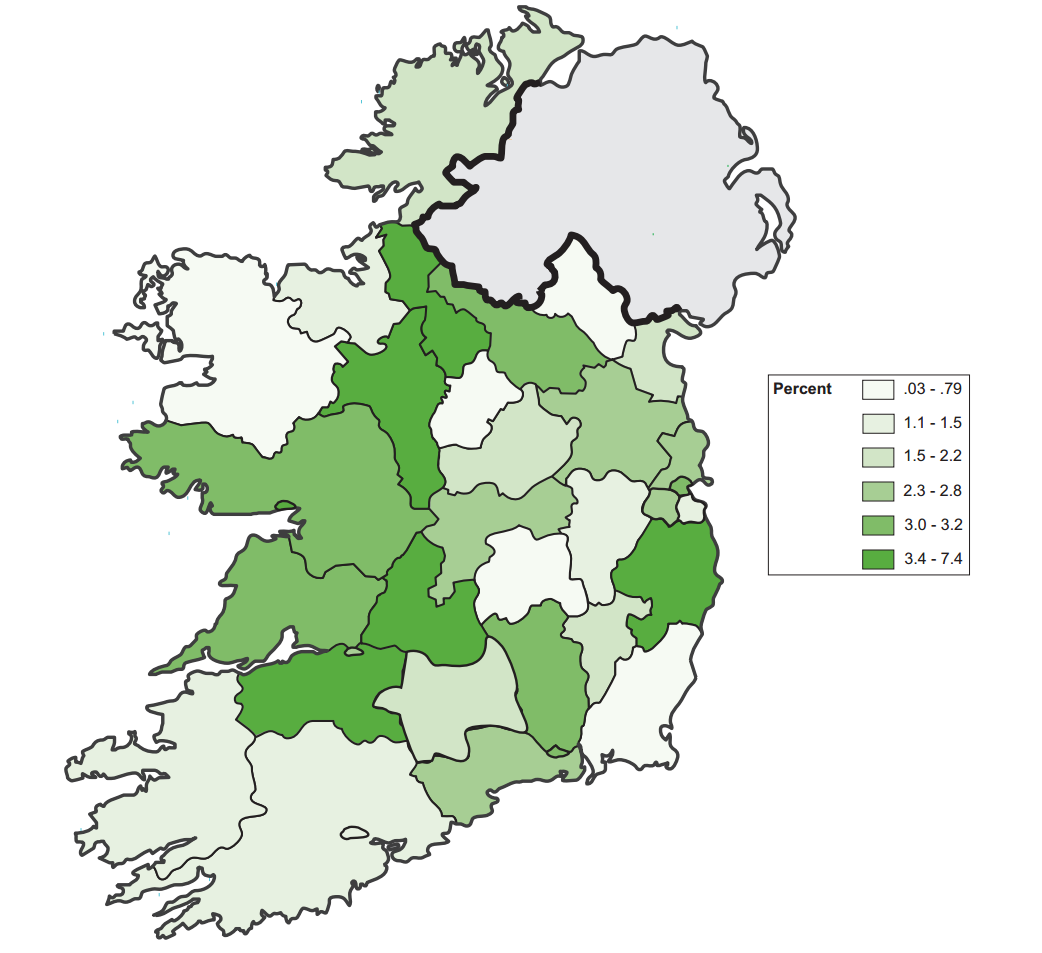 Note: The map only includes survey response when the roll number on the questionnaire response matched a school roll number provided by the Department of Education and Skills.