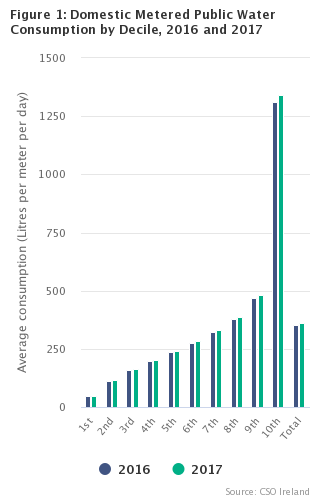 Table 4A shows the monthly average consumption per meter per day by county. Cavan had the lowest average consumption in 2017 at 298 litres compared with Offaly which had the highest annual average of 419 litres. The corresponding medians and meter numbers are given in Tables 4B and 4C.